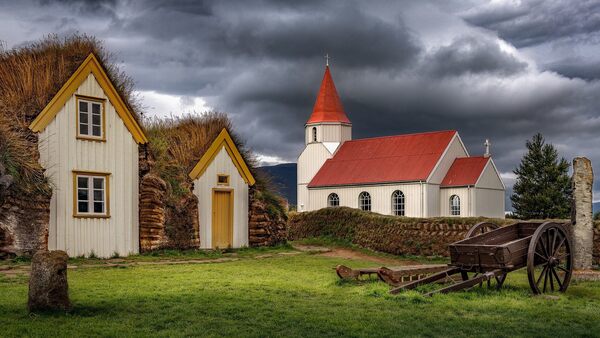 A farm is said to have stood on this site in northern Iceland since the late ninth century—in other words, about as long as the island has been settled. Now, rather than a working farm, the Glaumbær Farm and Museum is home to beautifully-preserved Icelandic turf houses that offer a glimpse of life in the 18th and 19th centuries.

Built out of stone, wood, and of course, turf, the buildings are a style that was common in the region in the 18th and 19th centuries. The surrounding landscape offered a limited amount of suitable building stone, so the abundant turf was used to supplement the walls of these buildings. The interior frames were made using imported timber and driftwood.