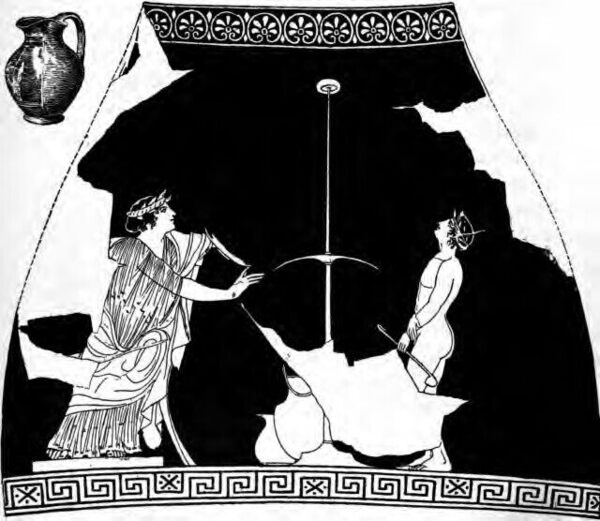 This article is adapted from the October 16, 2021, edition of Gastro Obscura's Favorite Things newsletter. You can sign up here.

Last week, the Gastro Obscura team assembled via Zoom for an ancient tradition. Each of us reclined on our couch, took aim with a large spoon full of liquid, and hurled it at a small target positioned atop a teetering tower. We were playing an adapted form of kottabos, a drinking game that dates back to ancient Greece. Traditionally, the game involved flinging wine at a disc using a small saucer known as a kylix. But since we didn't have ancient equipment and didn't want wine-splattered rooms, we used large spoons, water, and a small cup placed atop a Jenga-like tower of cups and containers. Our takeaways: It’s harder than it looks, and you might want to wear a poncho. Also, Gastro Obscura Editor Alex Mayyasi is a kottabos master. This week, we journey from the Tang Dynasty to Enlightenment Europe on a time-traveling tour through some of the most interesting drinking games across history. Although such competitions are now relegated to the realm of drunken frat boys, everyone from ancient philosophers to royalty have engaged in inebriated play.