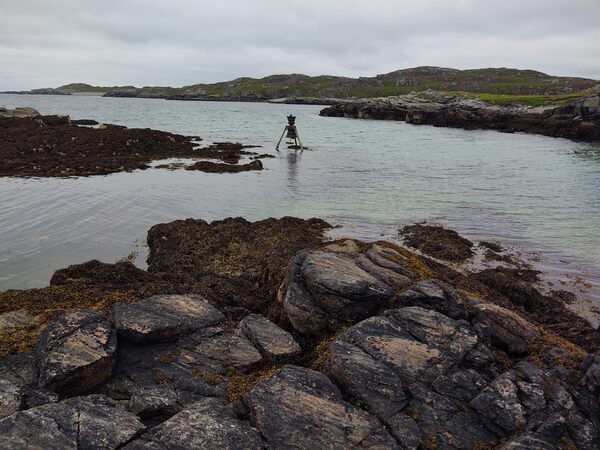 "Time and Tide Bell" was created by sculptor Marcus Vergette and bellmaker Neil McLachlan. With slight variations, it consists of a sculpture incorporating a bell, which was then placed directly above the water near the seashore, but in some cases above a river. At high tide, the bell rings with a sound unique to each location. The plan foresees for up to 16 of these sculptures to be placed in the United Kingdom as a statement regarding climate change.

As water levels rise, the sound of the bells will change, and it is likely that some might stop ringing altogether, or have to be relocated before the end of the 21st-century. So far, the sculpture located in Bosta Beach is the only one found in Scotland and was the second installed overall in 2010.