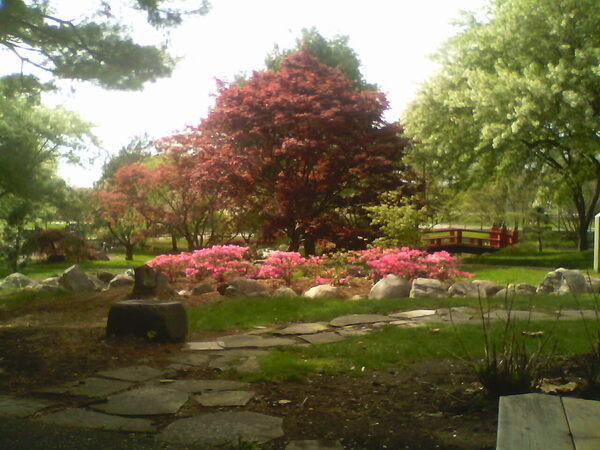 This garden was a gift to the city of Mishawaka from its sister city, Shiojiri (Nagano Prefecture, Japan). The designer was Shoji Kanaoka, the same man who planned the Japanese gardens at the Epcot Center in Florida. It features a multitude of trees and flowers, including a grove of cherry trees. There are also two snow lanterns, four bridges, and a teahouse pavilion built in the traditional Japanese style.

As typical of Japanese style, every feature of the garden was well thought out in advance and has a reason for why it is there. For instance, the trees are quite contorted, which makes them appear older than they actually are. There is intentionally no water in the pond, but the stones at its bottom do form a rippled pattern that visitors are not allowed to set foot in that area. The path through the garden is reminiscent of the path in the Candy Land board game—it curves, bends, and wanders, and has no perfectly straight lines.