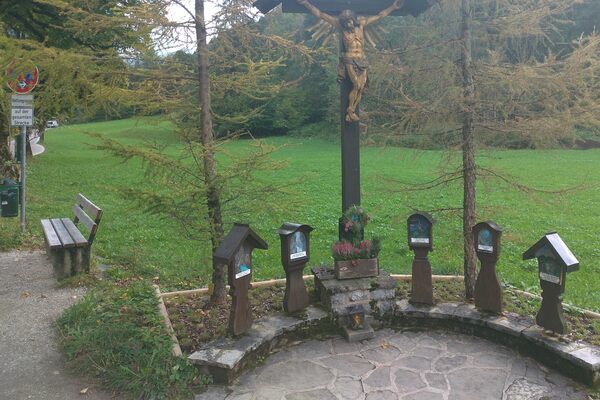 The Partnachklamm is a massive gorge that eroded over millennia by the Partnach river which runs through the woods to the towns of Garnish and Paterkirchen. This made the river an ideal way to transport wood, but this was not always the safest method.

Lumberjacks would cut trees along the river and push them into the gorge to make the water do most of the transportation work. Of course, this was incredibly dangerous, as people were often injured by trees, fell into the river, or were crushed by falling rocks. Many of the workers that died were commemorated with little plaques and shrines. The largest of these is called Die Passion, and commemorates some of the deaths in an artistic way.