Travel
9 fantastic things to do in Livingstone, at the Victoria Falls
Nov 27, 2021 | A Luxury Travel Blog 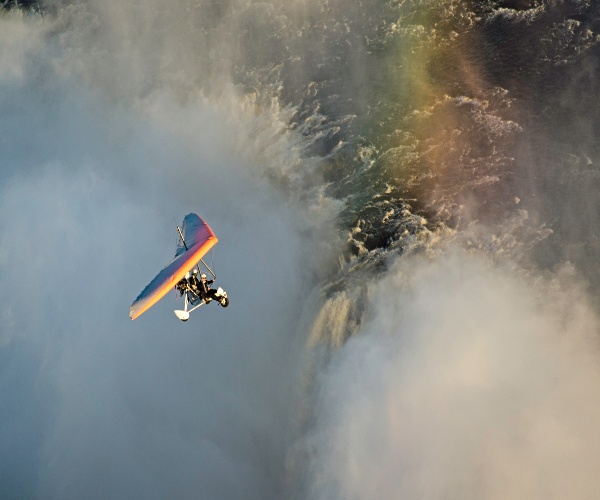 The Victoria Falls is the result of thousands of years of erosion. The Zambezi River, flowing across a basalt plateau in ancient times, found cracks that were filled with sandstone, and started wearing away at the softer rock, eventually creating a series of magnificent and dramatic gorges. In fact the Victoria Falls have been gradually receding for over 100,000 years!

This process of erosion has been repeated over and over again, and the zigzagging gorges downstream of the current falls represent the formation and abandonment of seven previous waterfalls. Today the Zambezi crashes over a wide cliff, plunging down 108 metres into a powerful whirlpool, forming the greatest curtain of falling water on the planet, and transforming the placid river into a ferocious torrent. In the height of the rainy season, more than five hundred million cubic metres of water per minute surge over the edge of the almost 2km wide falls, and plummet into the gorge below… columns of spray can be seen from miles away, hence its local name, Mosi-oa-Tunya, “the smoke that thunders”.