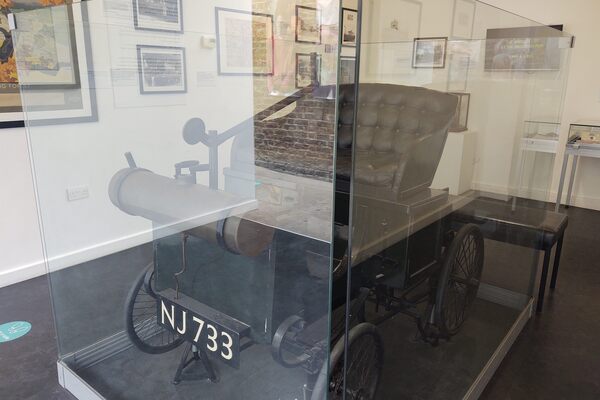 The Vestry House Museum in the London neighborhood of Walthamstow houses a car constructed by Frederick Bremer in 1892. The Bremer Car, as it has come to be known, was the first car with an internal combustion engine built in the United Kingdom. Bremer worked from a workshop outside his house on Connaught Road in Walthamstow. At first, it was not clear how functional the car might be, since Bremer apparently kept it stored in the workshop after a couple of short test runs.

By the first time the car was put on display during the early 1910s in the Motor Museum on London's Oxford Street, it is likely that the car was actually driven there. Following World War I, Bremer decided to donate the car to a newly-proposed museum in Walthamstow. The car was promised to what is now the Vestry House Museum in 1929. Bremer passed away in 1941, and by then, the Bremer Car had already been on display in its current home for eight years.