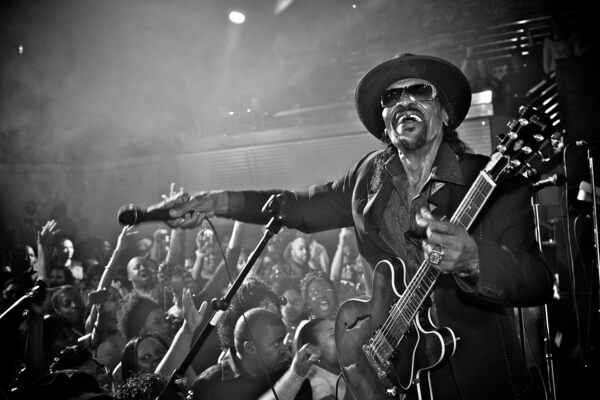 Go-go is the rhythm of Washington, D.C. This homegrown musical genre—funk-adjacent, featuring percussion, bass, and call-and-response between the lead singer and the audience—emerged from the city’s Black music scene in the 1970s. Though the late Chuck Brown’s “Bustin’ Loose,” now a D.C. anthem, hit #34 on the Billboard charts in 1979, go-go never really caught on nationally. But its history is an important part of the story of the city, says District of Columbia Public Library archivist Derek Gray, who has spent the last decade collecting the sights and sounds of the capital’s distinctive go-go scene.