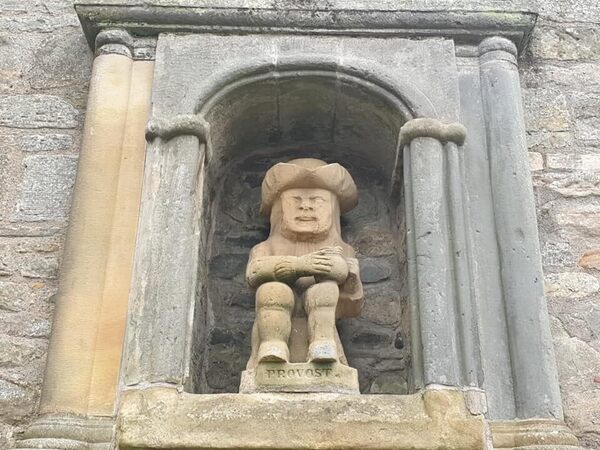 Often referred to as a figure representing the likeness of a toby-jug, the "Provost of Ceres" is reportedly the depiction of Thomas Buchanan, Minister of Ceres. A Provost is another term meaning mayor, and Buchanan served as the last official Provost of Ceres during the reign of King James VI. He was also nephew to George Buchanan, a Scottish historian during the period of the Scottish Reformation.

This squat, grinning little figure situated in a niche of sandstone has a colorful history and has done a fair bit of traveling. The statue was the handiwork of a local stonemason John Howie, who was raised in Ceres and carved the statue in the 1830s. Howie is also responsible for the central panel, which is said to depict the "Battle of Bannockburn," as well as the two feminine figureheads on either side.