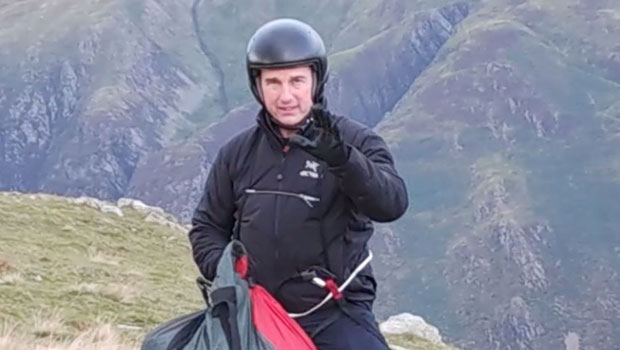 Tom Cruise proved once again that there is no stunt he can’t tackle himself! While filming the next installment of Mission Impossible, 59-year-old actor attempted death-defying feats at Duxford Aerodrome, Cambridgeshire this week. The star was spotted perilously hanging from a World War II plane mid-air while it performed harrowing loops and nose-dives, as seen in photos published via the Daily Mail. During one jaw-dropping move, the plane flips upside down with Tom safely maneuvering to a sitting position on the wing! Yep, it was quite impressive!

In other photos, Tom gave a sneak peek into how all the action unfolds, as he was spotted on the ground in a jumpsuit and helmet. Surrounded by the production crew, the actor was placed in a harness, which was secured to the wing of the Boeing Stearman biplane with a series of metal rods. Movie-making magic at its finest!