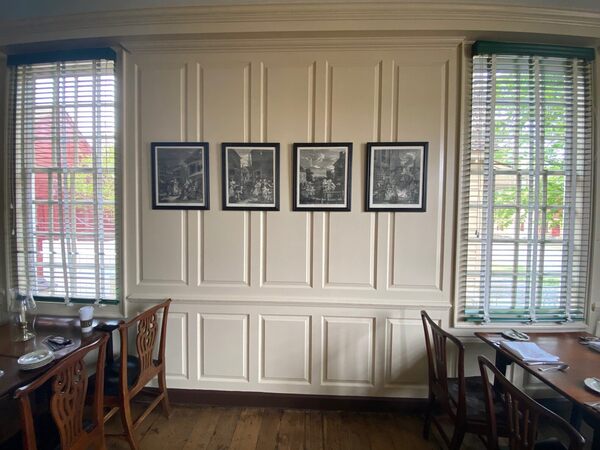 Few American restaurants can tout being older than the United States. King’s Arms Tavern in Colonial Williamsburg, a living history museum, is one of them. The tavern first opened its doors in 1772 with a singular reputation—a place “where all the best people resorted,” proclaimed the tavern’s founder Jane Vobe. And that it was. The “public house” provided lodging and food to prominent politicians and soldiers fighting for (and against) American independence.

Today, the restaurant pays homage to this history by reproducing 18th-century food and fashion. Guests are greeted by servers and staff in traditional attire. Tables are adorned in pewter candlesticks, brass sconces, and serving pieces once popular with the Virginia gentry.